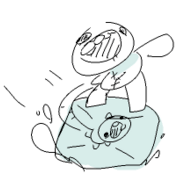 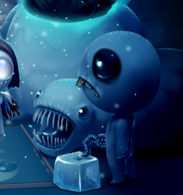 Geminice was a planned boss which would be a variant of the vanilla boss Gemini . It's unclear how his bossfight would go, but it's been said by devs that he would have been able to swing his ice cube around and also ride it. Geminice is also pictured in Chapter One's Promo Art. He was cut due to time constraints. 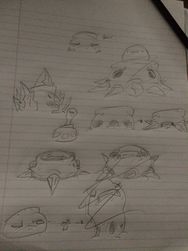 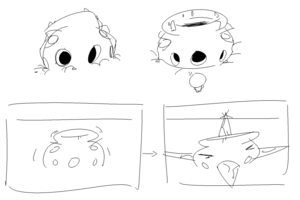 This boss was planned to be a Geicer based boss.

Was cut because of time constraints and not having a clear idea of what the boss would be.

- Ice Husk was an early planned boss. It's unclear if it would have been a reskin of Husk, or a completely new boss. Was cut and replaced by Duke of Flakes. 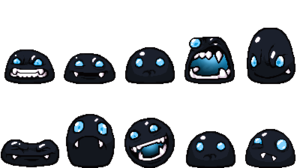 - Recolor of Gish. Was cut and replaced by Monsnow. 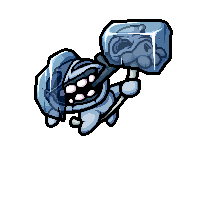 - Unused portrait for Frost Rider when he was called Freezer Famine. 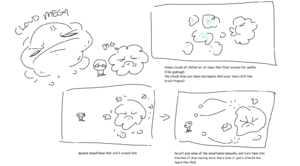 Cloud Mega was a planned Elite Monster for the Champion Update. It would be the fourth and final leveled upgrade in the Snow Flake, Big Snow Flake, and Cloudy level chain. He was cut due to being too hard to sprite.

Breezy Grimace was a planned Grimace type that would spawn in Glacier. It would blow the player (and possibly his tears) around most likely into something hazardous (Ice Tiles, Spikes, ect). It was planned for release, but was cut because the team didn't like the design all that much.

- Unused Ice Poop Turret enemy that would be spawned by Flurry Jr during his bossfight. Was cut, Flurry Jr now shoots out Frosty Horfs that act as turrets.

- Cut trinket that would change Treasure, Angel, Devil, and Boss item pools to give better items. Was cut because it was "impossible or simply a pain to code."