Hyper Dice is an activated collectible added in Revelations Chapter One. It is a die that only rerolls special rooms of the same type and shape.

Treasure Room: Hyper Dice rerolls treasure rooms into other treasure rooms. Another item will only be offered if there is an item on the pedestal.

Shop: Hyper Dice rerolls shops into other shops, with either more or less items for sale.

Boss Room: Hyper Dice is able to reroll the Boss Room during a fight to change the boss, or after the fight to fight a different boss. If you fight the boss a second time, you will get another item drop regardless of picking up the original item or not.

Dice Rooms: Hyper Dice does not reroll the dice shown on the floor, but will reroll any collectibles on the ground, and will spawn new ones if the originals are taken.

Devil Deal Rooms: Hyper Dice rerolls items and collectibles for sale, regardless if they are taken. You cannot reroll a regular Devil Real Room into a Krampus fight.

Miniboss Rooms: Hyper Dice rerolls these rooms, such as Sin Fight Rooms or Krampus Fight Rooms into other miniboss bossfights. You can reroll during the fight or after the fight. 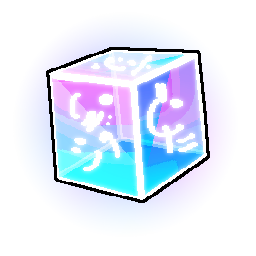 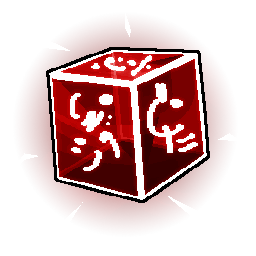